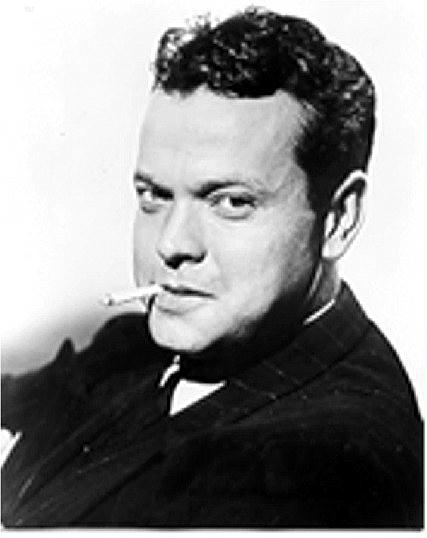 Opening in 1875, the Crime Museum at Scotland Yard is the oldest museum in the world purely for recording crime. The name "Black Museum" was coined in 1877 by a reporter from "The Observer", a London newspaper, although the museum is still referred to as the Crime Museum. It is this museum that inspired The Black Museum radio series, produced in London by Harry Alan Towers.

The series continued to be offered in syndication and was heard on AFRTS broadcasts and in the US on NPR stations through the 1960's, 70's and 80's. Some shows were broadcast by the BBC in England in 1994.

This murder mystery series was based on true life cases from Scotland Yard's files. Each episode was based on an item or items of evidence in the museum.

Orsen Welles hosted and narrated the shows. Mr. Welles opened each show slightly differently but followed a standard format. For example, the show, "The Bathtub", open as follows:

"This is Orson Welles speaking from London." (Big Ben starts himing in the background). "The Black Museum, repository of death... Here, in this grim stone structure on the Thames which houses Scotland Yard, is a warehouse of homicide, where everyday objects, a piece of wire, a chemist's flask, a silver shilling, all are touched by murder." (dramatic music)

Following the opening, Mr. Welles would introduce the museum's item or items of evidence that was central to the case, leading into the dramatization. He also provided narration during the show and ended each show with his characteristic closing from the days of his Mercury Theater of the Air, remaining "obediently yours".

Harry Alan Towers produced the series from scripts written by Ira Marion. Music was composed and conducted by Sidney Torch.

The museum was not open to the general public. It's purpose was then, and still is, for police training, although it did receive a considerable number of famous people, including Sir Arthur Conan Doyle. It is currently used as a lecture theater for the police and like bodies in various subjects of Criminology. But, thanks to Mr. Towers and Mr. Welles, we can still get a glimpse of what secrets are housed in The Black Museum. From the Old Time Radio Researchers Group. See "Notes" Section below for more information on the OTRR.

BBC is a public corporation of the Department for Digital, Culture, Media & Sport.

DCMS is a ministerial department, supported by 45 government agencies and public bodies.

In other words although the BBC is not a State Broadcaster it is wholly owed Broadcaster of the State which is charged with impartial broadcasting of news, entertainment and education without fear or favour.

Unfortunately in recent years that impartiality has been subject to question with its heavy left wing bias and promotion of social, woke and politically correct issues which have alienated a large section of the licence paying public.

The Black Museum recording are excellent and hark back to the great days of the BBC. Unfortunately that is no longer the case.

However, there is an incorrect sentence in the introductory episode: "Radio Luxembourg broadcast sponsored programs at night to England (the BBC was state-owned and had no commercials)."

It is true that Radio Luxembourg was a commercial radio station and that its programmes were supported by advertising. It is also true that the BBC (which at that time included the Home Service, the Light Programme and the Third Programme) had no adverts whatsoever.

It is NOT true that the BBC is, or has ever been, "state-owned", despite frequent allegations in US media that it is a "government broadcaster", "government-owned", "state broadcaster", etc.. The BBC is a public corporation, independent of the state, and supported by a licence fee paid by listeners. (That fee is now only paid by people with televisions, no longer for radio, which would now be impossible to enforce.) The only state involvement is support from the Foreign and Commonwealth Office (what in other countries is called the Foreign Ministry) for the BBC World Service, which is nevertheless run independently and is relied upon worldwide by billions of people for verifiable up-to-date information, as opposed to the propaganda and "fake news" or "alternative facts" supplied by some other national radio and TV broadcasters.
Reviewer: albie - favoritefavoritefavoritefavorite - September 27, 2016
Subject: The Black Museum - Single Episodes
It is a good show,except for one thing,that music that never seems to end.